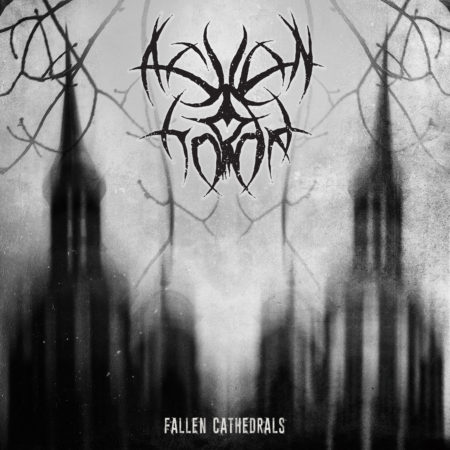 For fans of Ihsahn, Opeth, Borknagar

Out Now! ASHEN HORDE Unleash The Darkness In “Fallen Cathedrals”

Out now as of March 22nd, hailing from the cold, unforgiving wastelands of Hollywood, California, ASHEN HORDE have unleashed their third full length in Europe and North America via Extreme Metal Music/Rockshots Records.

The album is available on CD, vinyl plus stream and download on the following platforms:

Drawing influence from metal’s crème de le extreme, from Enslaved and Devin Townsend to Ihsahn and Opeth, ASHEN HORDE (aka Trevor Portz and Stevie Boiser (Vale of Pnath, Inferi)), may have a sound rooted in death and black metal, but can’t truly be called either. The concept album is in the vein of J.G. Ballard’s dystopian novel “High Rise,” and explores class warfare and a society’s descent into primitive, warring tribes. Musically, the album expands further on the complexities of the band’s earlier releases, but with even more emphasis on progressive and melodic elements, even incorporating clean vocals for the first time. It will appeal to fans of the more progressive side of extreme metal, from Ihsahn and Borknagar to Opeth and Enslaved.

“Fallen Cathedrals, is the perfect illustration of what Ashen Horde is all about. Musically, it draws influence from across the metal spectrum. There is hyper speed, blast-beat-fueled black metal that runs alongside pummeling death metal riffs; clean-sung melodic passages juxtaposed against face-melting screams, and headbanging beats intermixed with progressive odd-time signatures.”