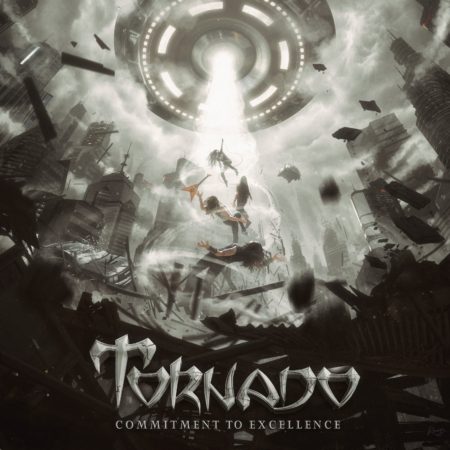 American/Finnish sensations TORNADO have returned with their new album “Commitment To Excellence”, 11 songs of highly catchy and in-your-face Thrash Metal!

Formed in 2010 in Amsterdam, Netherlands, TORNADO quickly released their Peter Tagtgren (Hypocrisy/Pain) produced debut album “Amsterdamn, Hellsinki”. 2016 saw the release of the sophomore album “Black President” as well as the video for the anti-bullying song “David and Goliath” which caught the attention of several anti-bullying agencies, one of which used singer Superstar Joey Severance in a country wide advertising campaign.
With “Commitment To Excellent”, TORNADO continue to do what they do best: writing songs that you can actually remember, with their own original recipe consisting in a blend of thrash, sleazy and glam!

This time around, the band also brought along some friends to help out in certain places: Nile’s Karl Sanders, Immolation’s Ross Dolan and Pro-Pain’sAdam Phillips, as well as Glen Drover (former Megadeth member).